(Skip to the recipe.)

Ok, so I’m once again in the throes of my pseudennial kombucha cravings, but I have a major problem, which is my brain. I have the kind of brain that latches onto something as the-omg-best-thing-evar-maybe-the-only-thing-I’ll-ever-want-again-omg-omg! for, say, three days, and then forgets about it. 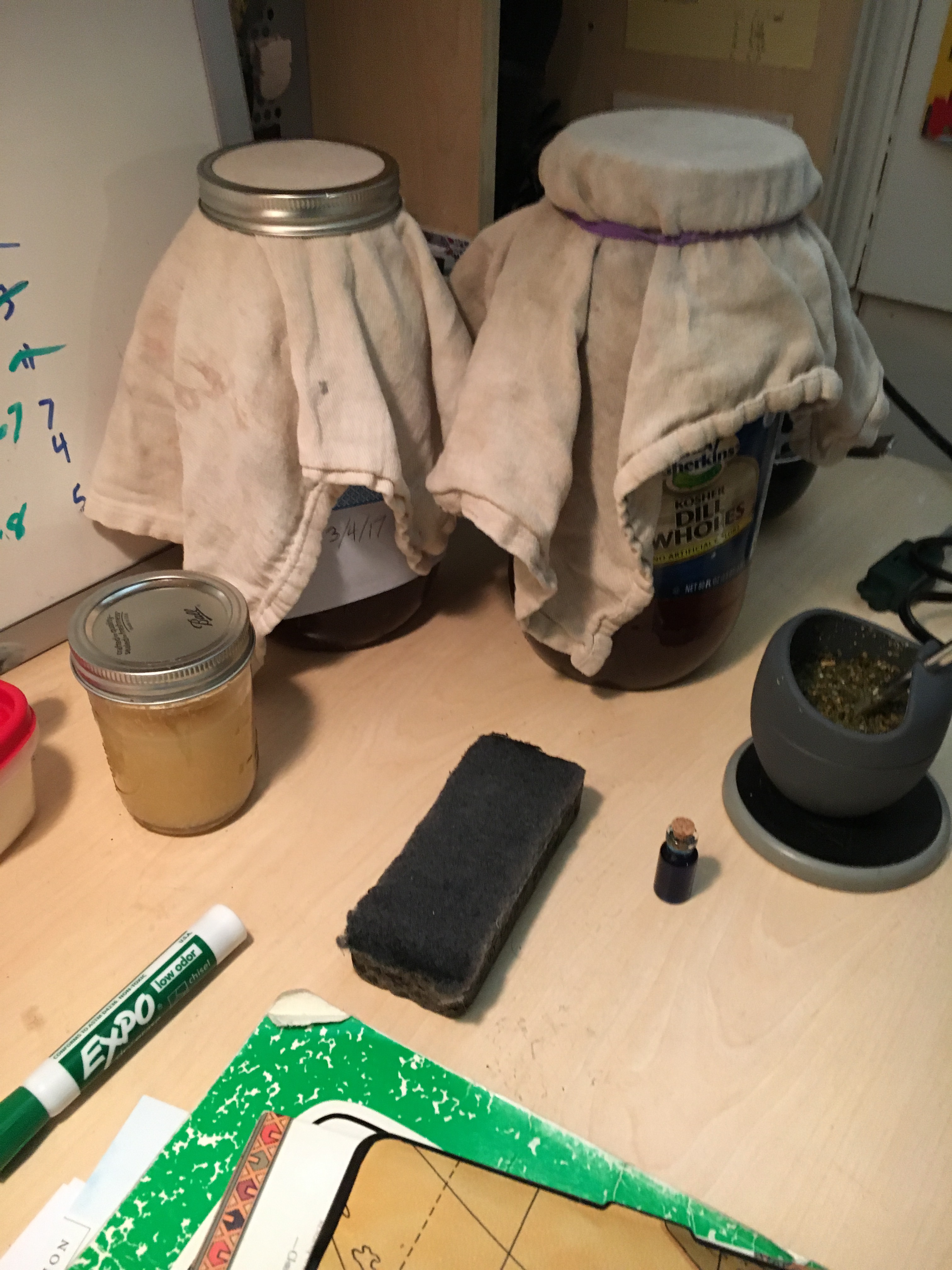 I’m also frugal enough, if not wanting to pay three to four dollars per bottle for multiple bottles a day counts as frugal, to–well, not want to pay $3-4/bottle for…you get it. It adds up.

So I decide (again) to start brewing my own kombucha. Luckily I have some infrastructure (in the form of seventy dozen bajillion Mason jars) from previous episodes. But the issue is that from the moment I brew a huge jar of sweet tea and dump a disgusting object into it, it’s going to be two weeks or so before I get that first sip of sweet, sweet (by which I mean sour, fizzy, wretched, yet curiously compelling) kombucha. I expect you’ve spotted the problem. Two weeks, in brain years, is several lifetimes. In two weeks I will momentarily look up from my new all-consuming obsession with, say, fold-expressions in Vim, and wonder why my basement lair is swamped in jars full of floaty things.

So I’m holding out hope (because I always do) that this time the desire will still be with me in two weeks, and I’m taking specific steps to establish a more sustainable kombucha-production pipeline, which will help, but in the meantime I have discovered a hack that gets me the kombuchonic goodness I want without making me wait. It is, in that sense, a sour and slightly gingery version of the American Dream.

This hack is only for people who actually just like kombucha and want to drink a lot of it. I have no idea what health benefits (or detriments) it may entail, and it will give you the opposite of purist/hipster cred. But it hits the spot while you’re waiting out your two weeks for the real stuff.

Strictly speaking, steps 2-3 are probably optional. It seems weak tea with apple cider vinegar and whatever other flavors you feel like makes a decent flavoral substitute for kombucha, though I imagine you get better results by enhancing incomplete kombucha than by merely faking it altogether.

Experiment with other flavors. Let me know what you find. Please direct any hate mail to ben@bazinga.biz.